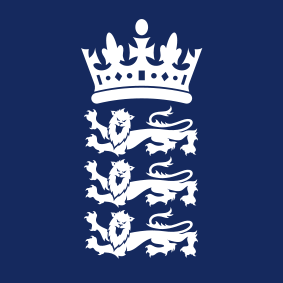 This is my selection for an all time English Test team.

For the sake of fair comparison players ended their career before 1920 were not considered for this selection (as cricket was very different those days). 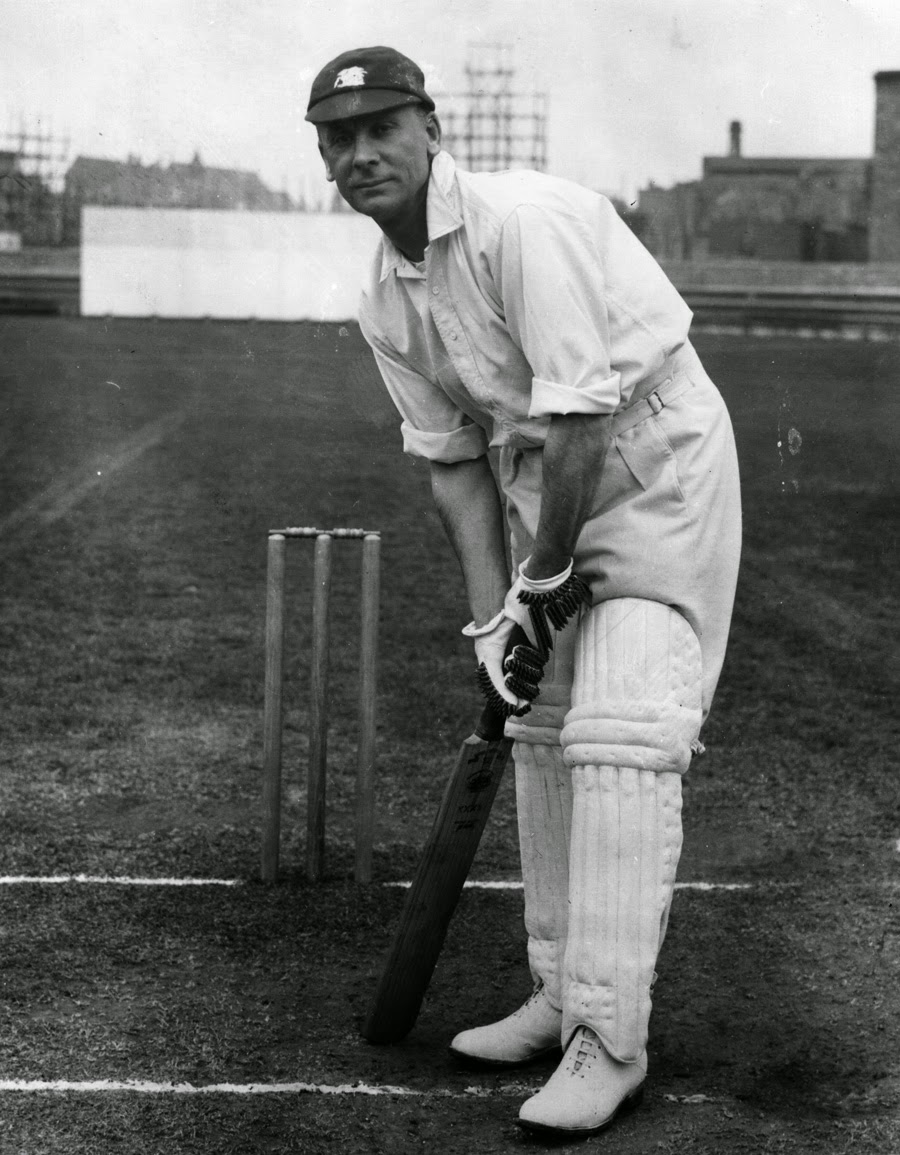 Jack Hobbs was one of the greatest and most prolific batsmen of all times. Although his career was interrupted by the first world war, he still holds the record for the most number of first class centuries (199).

A right handed opening batsman, Hobbs was technically correct and careful. His test career spanned 22 years from 1908 to 1930, and half of his first class centuries were made after he passed the age 40. 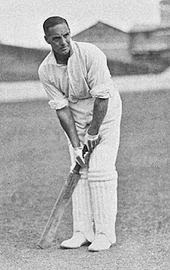 Formed one of the greatest opening partnerships in the history of the game with Jack Hobbs. He was the artist to Hobbs' craftsman, and and the pair complemented each other nicely.

His courage and his fighting spirit was well recognized. Finished his test career with a batting average of 60. 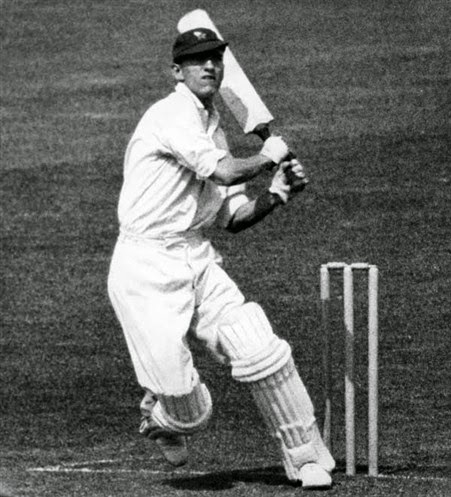 Len Hutton was instrumental in rebuilding English cricket which was devastated by second world war. He is considered the second greatest English batsman of all times (after Hammond) and perhaps the most successful English captain.

In his sixth test scored 364 against Australia, which was the highest test score at the time. He was an attacking stroke player when he started, but an accident during the war forced him to change to a more careful game. 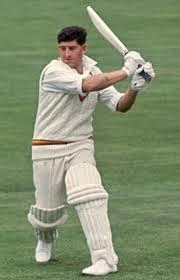 Ken Barrington was the stonewall of the English batting lineup in the 1960s. He gave up his attacking game for consistency and reliability. His careful approach formed the foundation on which his more colourful team mates could build on.

He ended his career with an average of 58, second only to Sutcliffe among English batsmen. 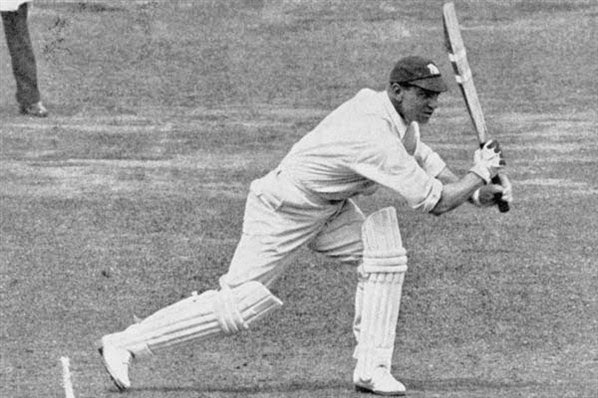 Wally Hammond was the flower of English batting before the war. A true artist, his cover drive is considered the most perfect stroke of the history of the game.

Hammond had the misfortune of being overshadowed by Bradman throughout his career. He was considered a more attractive batsman than Bradman and a better one than him on bad wickets. Stylish, effortless and classic, Hammond could devastate a bowling attack on his day like when he scored 336 runs in 318 minutes in New Zealand. If not for Bradman, he would be considered as the greatest batsman of all time.

Hammond was also a capable medium fast bowler and a superb slip fielder. 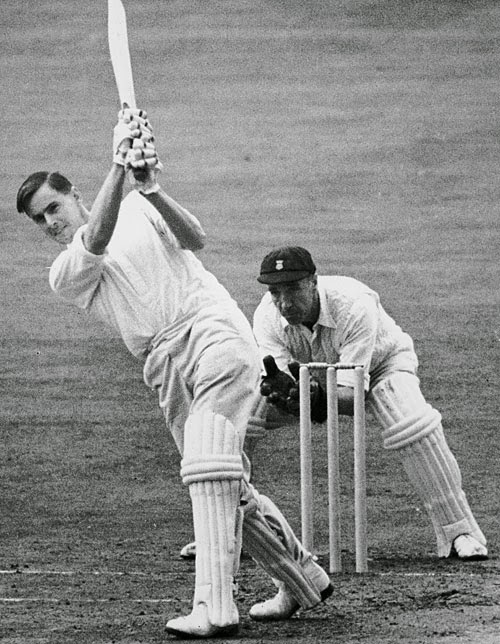 In the great English teams of 1950s, every batsman batted under the shadow of Peter May.

Tall and elegant, he played many great innings for England, but his best was in 1957 when he made 285 in 600 minutes against a West Indian attack which included Ramadhin, Gilchrist and Sobers to save the match. 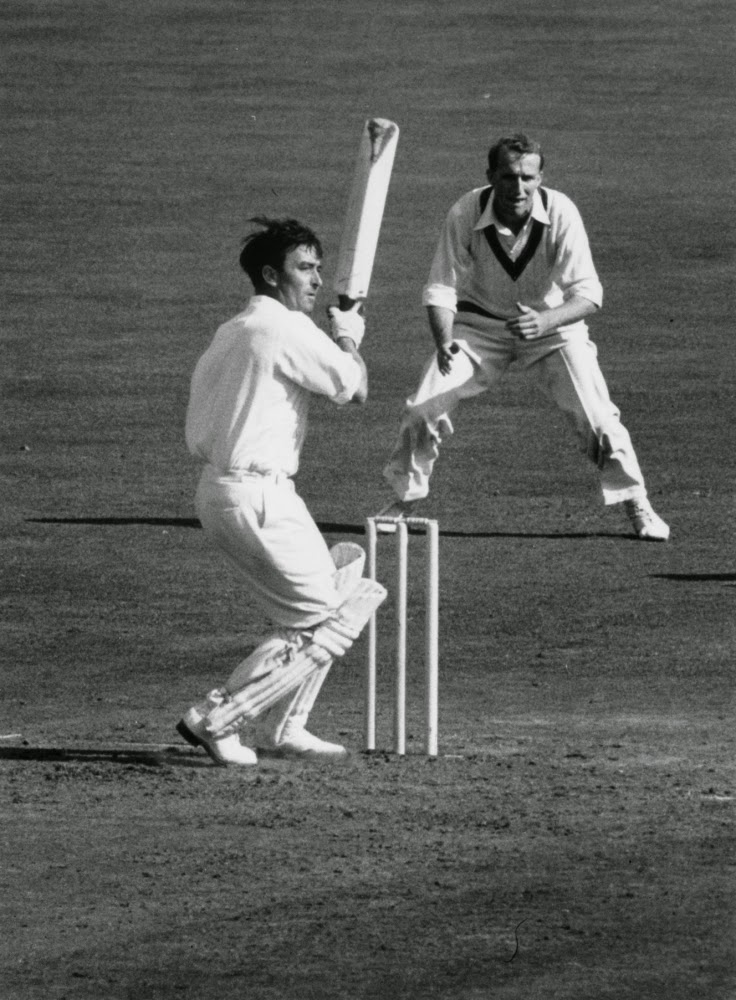 Denis Compton was never a classic batsman, but he was a fighter. Free-spirited and aggressive, his batting was as flamboyant as the person.

Like Len Hutton, Compton lost his best years to the war. After the war, his record was not as consistent as his talent would suggest. An injured knee during a football match made the matters worse for him later in his career.

Compton was there to rescue England in many tight situations, but his best fighting innings was the 184 he made against the Bradman's "Invincibles" after Asutralia replied with 509 to England's 165.

He was also a handy left arm chinaman bowler. 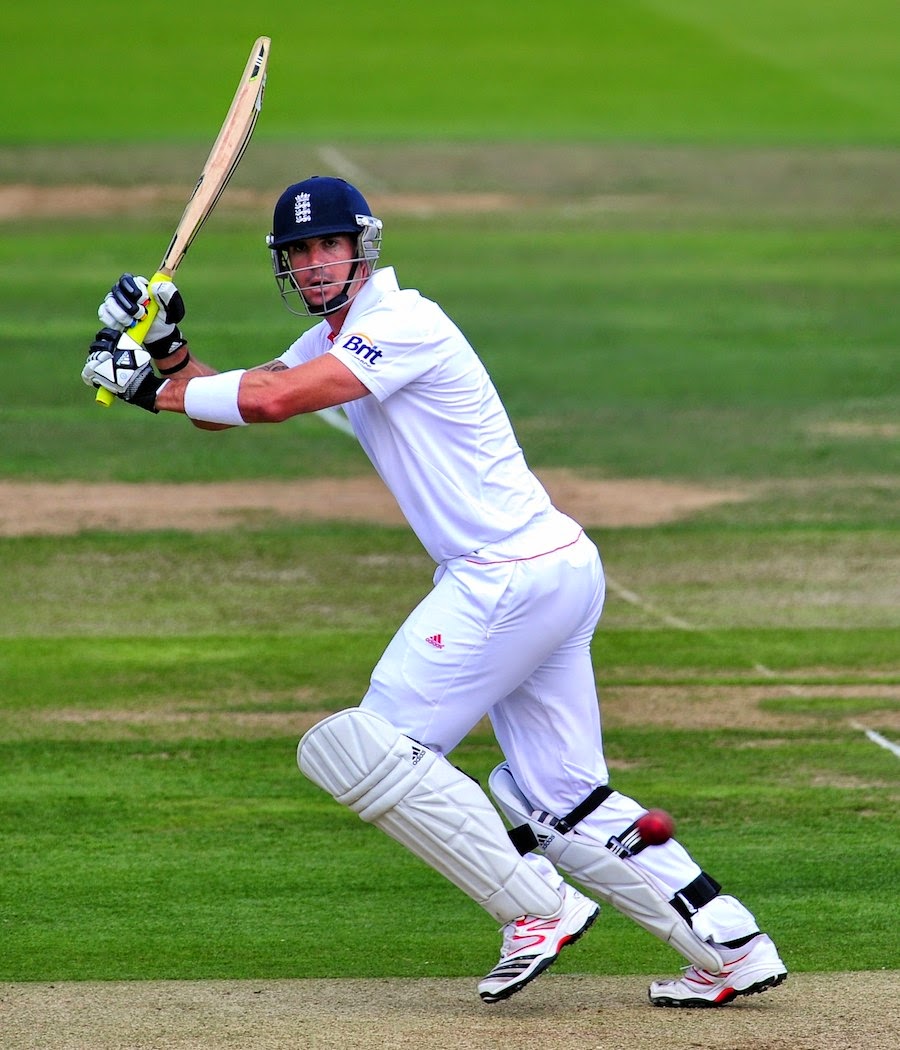 The South African born batsman is not of the classic English style. But his aggressive stroke play and natural talent makes him the greatest English batsmen of modern era.

Tall and powerfully built, Pietersen can devastate a bowling attack on his day. He was instrumental in winning The Ashes in 2005 after a long drought of 16 years where he was the top scorer for both sides with 473 runs. 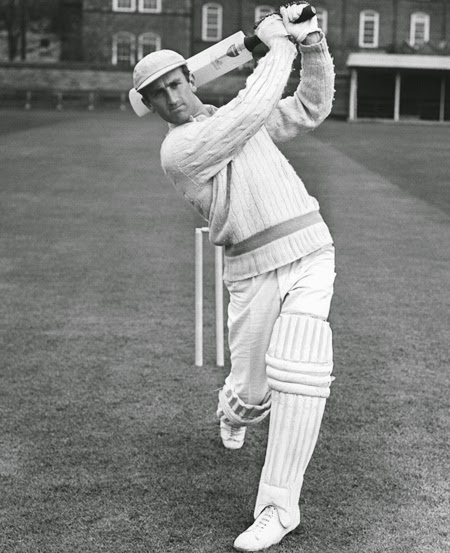 Ted Dexter was perhaps the most aggressive English batsmen of all times.

Born to English aristocracy, "Lord Ted" was powerfully built, yet a graceful athlete. He was comfortable in facing pace and spin alike, but he was at his brilliant best when demolishing fast bowlers. He once smashed Hall and Griffith for 70 runs in 73 balls.

Retried at the early age of 33, Ted's stats does not quite reveal his batting skills.

He was also a more than capable medium pacer and he captained England. 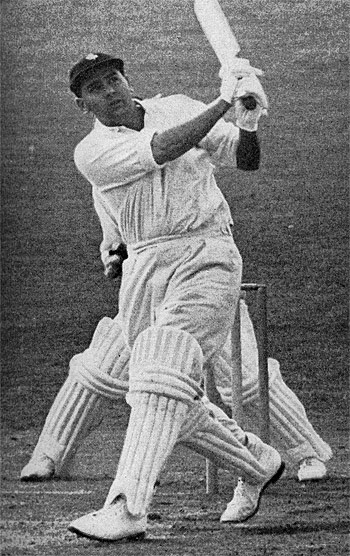 Colin Cowdrey was the most durable of the great English batsmen emerged during the two decades after the war.

Cowdrey never played up to his full potential, his performances always seems to lack that extra bit which makes a player great. But for more than two decades he was the backbone of English batting and he rarely let them down in all kinds of wickets around the world,

Cowdrey was the first player to play 100 test matches. He was also a superb slip fieldsman. 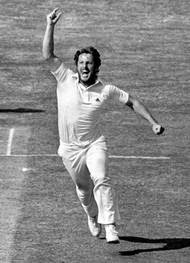 Ian Botham was one of the greatest all-rounders and one of the most colourful characters of the history of the game.

During the dry patch of 1980, he was the face of the English cricket, batting with typical bravado and bowling with aggression and skill. His flamboyant personality on and off the field earned him many fans (and a few enemies).

As a bowler Botham was not the fastest, but was a brilliant seam bowler. Early in his career, his bowling record was phenomenal, but later on he lost some of his edge and had to rely on iron will for wickets. He held the world record for the highest number of wickets with his 383 wickets.

As a batsman Botham was always on the attack. He could totally destroy a bowling attack on his day, as he did during his 149 in 148 balls in that famous Headingley test against Australia.

Botham was also a great fielder anywhere on the field.

He also captained England, but he was more successful as an all-rounder than as a captain. 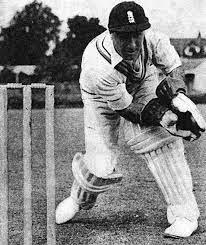 There may be more skillful wicket keepers than Evans, but only a few could match his big heart.

Evans was quick with sharp reflexes, had a keen eye and his keeping down the leg side was legendary. But it was his ability to keep the spirit of the team up even during a grave situation that made him special.

As a batsman he was typically aggressive and flashy. But he could change his game when the situation requires it. He once batted for 97 minutes without scoring while trying to save a game. 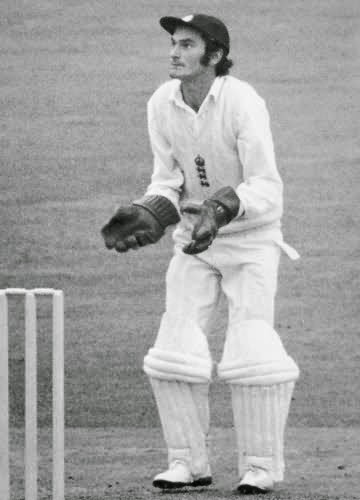 Alan knott kept wickets with silken grace and hardly missed a chance that came his way.

Knott always believed in standing up to the wicket, even when Underwood was bowling close to medium pace.

As a batsman he was versatile. He could attack or defend with the same skill and guts. 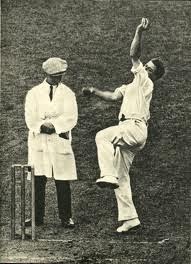 Harold Larwood was the most feared fast bowler of all times.

He was short for a fast bowler, but was well built and strong. With his classic side on action he could really made the ball fly, specially on hard Australian wickets. He was without a doubt one of fastest in the history of the game and his accuracy made him a truly dangerous customer to handle.

Larwood's name is forever coupled with the term "bodyline". English captain Jardine chose Larwood as his main weapon to unleash his new tactics on the Australians in the 1932-33 Ashes tour. Larwood was the ideal choice, because of his speed and accuracy. 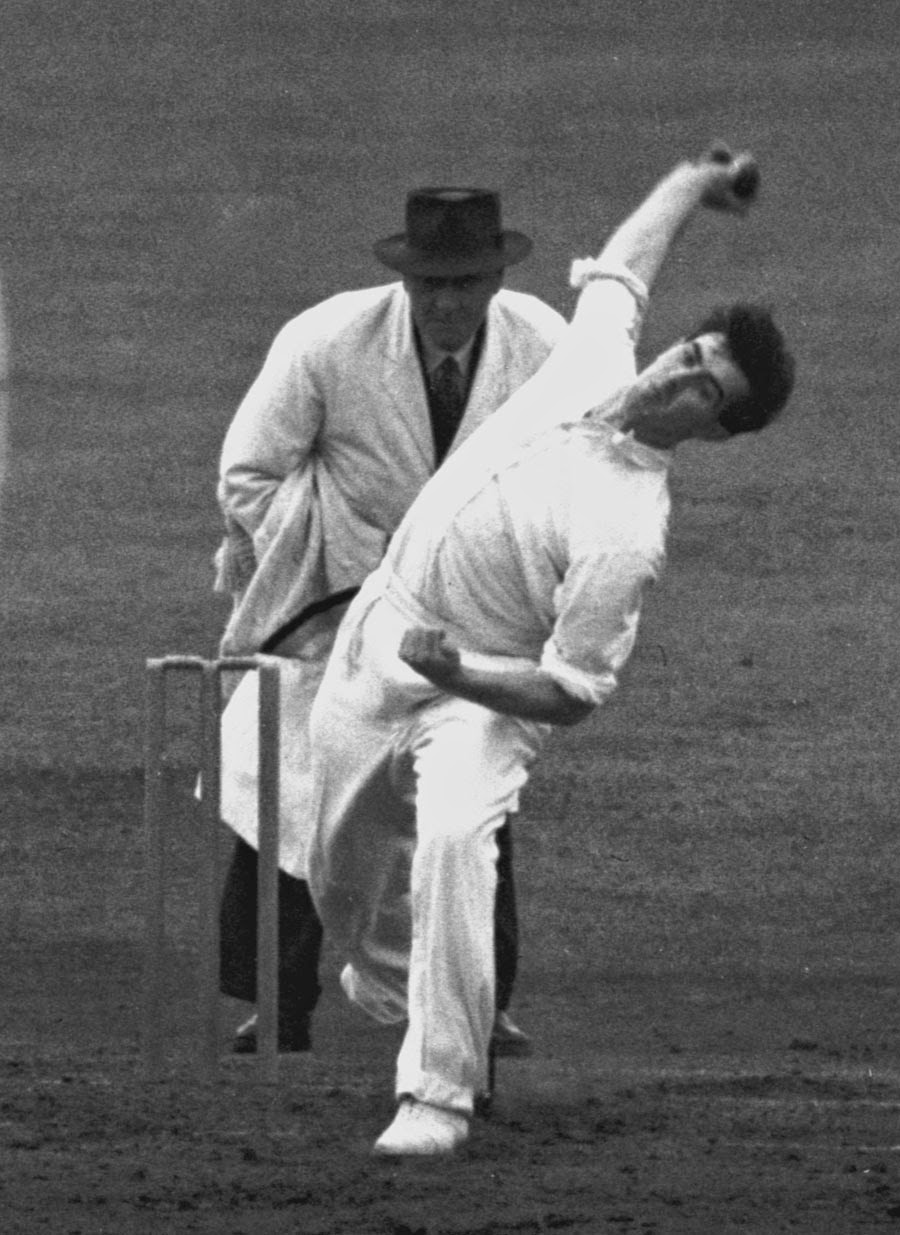 Without a doubt Fred Trueman was the greatest English fast bowler.

When he started Trueman was very fast and aggressive and struck terror into batsmen's hearts. Later on, as he lost some of his speed, he made up for it by developing the finer arts of the trade. But he never stopped intimidating the batsmen.

A classic side on action, control, accuracy, aggression, pace and the ability to swing the ball both ways with great precision made him the ideal fast bowler.

Trueman was the first bowler in the history to take 300 wickets, and has the best strike rate among all bowlers who took more than 300 wickets. 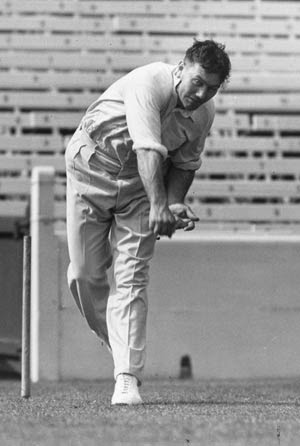 Alec Bedser carried the English attack on his broad shoulders in the years following the war.

Like many Englishmen of his generation, his prime years were lost to the war. He was already 28 when he started his test career.

Bedser bowled his inswingers and leg cutters off a short run at medium pace, with nagging accuracy and great skill. The fact that he took Bradman's wicket 6 times in 17 innings speaks volumes of his skill. 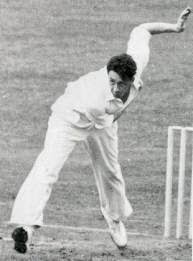 "If you miss, I hit" was Brian Statham's bowling philosophy. He was always accurate and always hitting the "corridor of uncertainty" outside the off stump, sometimes cutting back off the seam with devastating results.

Brian Statham was the long time opening partner for Fredie Trueman. They were so different in style - Trueman fast and furious, Statham accurate and patient - yet so successful. 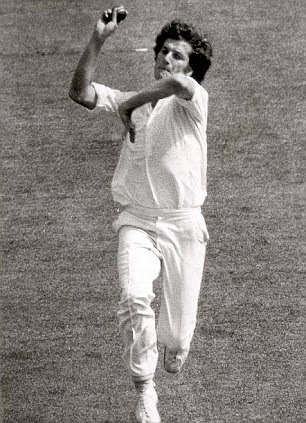 Often overshadowed by his West Indian and Australian counterparts of the era, Willis was nonetheless a very aggressive and skillful fast bowler. Plagued by knee injury, he collected 325 scalps by sheer will and courage.

His finest performance was at the famous Headingly test in 1981 when he took 8 for 43 to bowl out the Australians for 111, who were chasing 130. 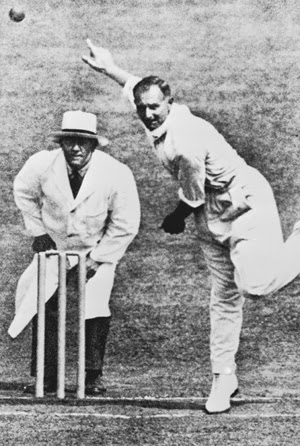 A slow left arm orthodox bowler, Verity never turned the ball sharply, but his accuracy and control made him a formidable opponent.

Hedley Verity had the unique distinction of having Bradman's wicket more times - 8 -  than any other bowler in test cricket. It is said he was the only bowler who could contain Bradman.

He was superb on any conditions, but unplayable on a wet wicket. In 1934 the Lord's pitch was caught in a shower and Verity took 15 Australian wickets - including Bradman in both innings. 14 of those came in a single day. It was the best bowling performance in a test match until Laker got his famous 19 wickets.

Hedley Verity died in Italy during an assault on a German position during the war. 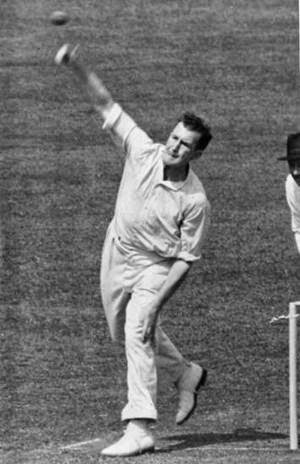 Jim Laker immortalized his name with his 19 wicket haul in 1956 at Old Trafford against Australia, which is the highest number of wickets taken in a test match by any bowler.

A right arm off break bowler who gave the ball plenty of spin, Jim Laker was leading the spin attack for England throughout 1950s. He formed a formidable pair with Tony Lock. 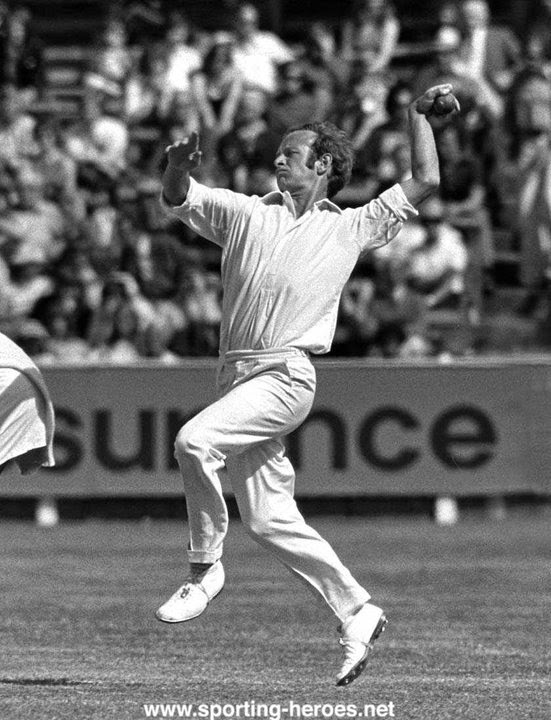 Derek Underwood bowled his slow left arm orthodox spinners at close to medium pace with such accuracy and mastery, he is still the English slow bowler with most number of test scalps.

Underwood's defining characteristics were accuracy and speed. His pace was closer to medium pace than slow. Yet on a spinning wicket he could still turn the ball sharply. Like his predecessor Hedley Verity, he was devastating on a rain affected wicket.

And he mirrored Verity's performances at Lord's, with 13 Pakistani wickets at the same venue in 1974 on a similar wet wicket.

Out of these 21, my choice for the first XI is as follows: 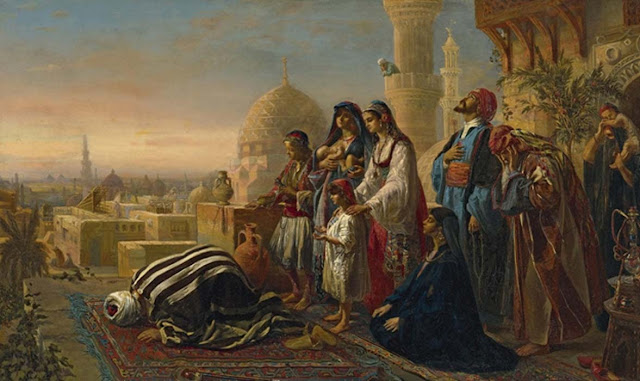